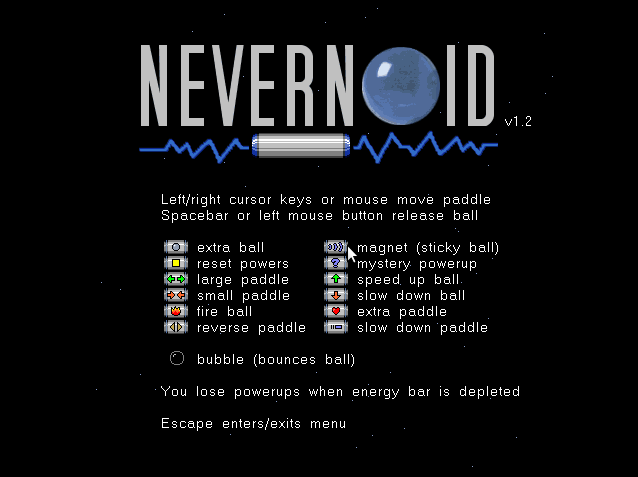 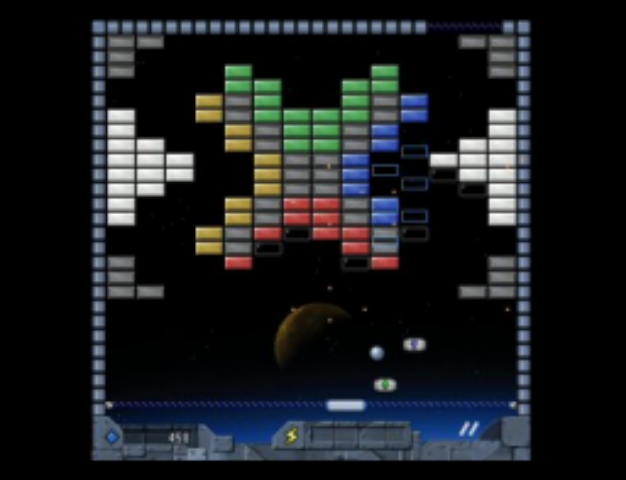 The game itself hardly needs explanation, but here's some general hints.

There are 12 types of powerups/downs. At some level in the game one or more floaters will enter the game. When hit your ball will instantly change direction. All they do is nag you.

A unique feature is the energy bar. Every time you pick up a powerup (or powerdown) the energy bar charges fully. During play the energy slowly drops and once it's depleted your powers go with it.

There are 40 unique maps with 5 levels of difficulty. After playing all maps on a difficulty levels you will start over at a more difficult level. Even though you can choose a new game at only 5 levels the difficulty will keep increasing during gameplay. That's 200+ levels of fun ! ;)

NeverNoid can be played with a mouse or using the keyboard (which makes it more difficult).

Fixed a bug that caused the game to skip a map after finishing 3 maps.

Fixed a bug in level 36 "Watch the birdy" that prevented it from being completed.

" The gameplay is great, thanks the many powerups and nice graphics. The sound is also really good, so this is an excellent game. "